Home  About me   How does it work   Testimonials   Links & Contact 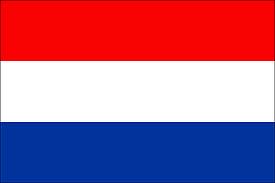 I studied Dutch with Slavica for about six months and would have continued but for the completion of a project and my subsequent return to England.
The one-to-one teaching method worked well for me and the friendly family environment was a bonus.
Slavica is a natural and sympathetic teacher with a wide knowledge of many languages and I have no hesitation in recommending her.
Bernie Oastler

Slavica van Apeldoorn is the answer to an Ex-pat's prayer!
She is an excellent and experienced teacher who customizes her private lessons to each student's particular needs. She also shares a wealth of information on Dutch customs, culture and places of interest.
When I arrived in Holland I did not know a word of the language. After studying with Slavica, I was able to communicate comfortably in unaccented Dutch.
She is truly one of Leiden's hidden treasures.
Susan Pepper U.S.A.

If you intend to stay in Holland and want to study the language and culture (not to mention handy tips only a local could know) then you could not come across a better teacher than Slavica. My experience has been wonderful and I highly recommend Slavica for all your lingustic needs (no matter your level).
By the way, she is also a great lady (aardig as one would say in Dutch) and we have kept in touch even after the lessons ended.
Susan Pepper (USA) in her endorsement could not have put it better. "A true treasure of Leiden.

The newcommer(now a citizen) in voorschoten

My husband wrote me in by slavica when i was just three weeks in holland! At first i was a bit reluctant but ... then i found my self at slavica's doorstep! slavica is simply the best cos after just a few lessons, i sat for my NT2 passed as a result of that i now have the Nederland citizenship. As i write i have also been able to passed my exams( verzorgende niv 2) all thanks to the solid foundation slavica layed!! she is great and teaching is a gift as she's got all the patience . Am glad I had her.